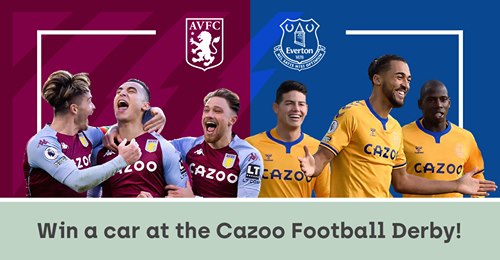 QuizWizards partners with Cazoo to give away a £10,000 car during the Aston Villa v Everton game on May 13th!

QuizWizards are excited to partner with Aston Villa principal sponsor and Everton main kit sponsor; Cazoo, in a first of its kind quiz whereby one lucky fan will win a £10,000 car during the Aston Villa v Everton game.

With promotion across Aston Villa’s and Everton’s social media platforms, this was one of the largest fan engagement activations during a single game in Premier League history, with 5,000 fans taking part.